Hungry Heroes is on a mission
TO BRING HOPE THROUGH SMOKE AND SAUCE! 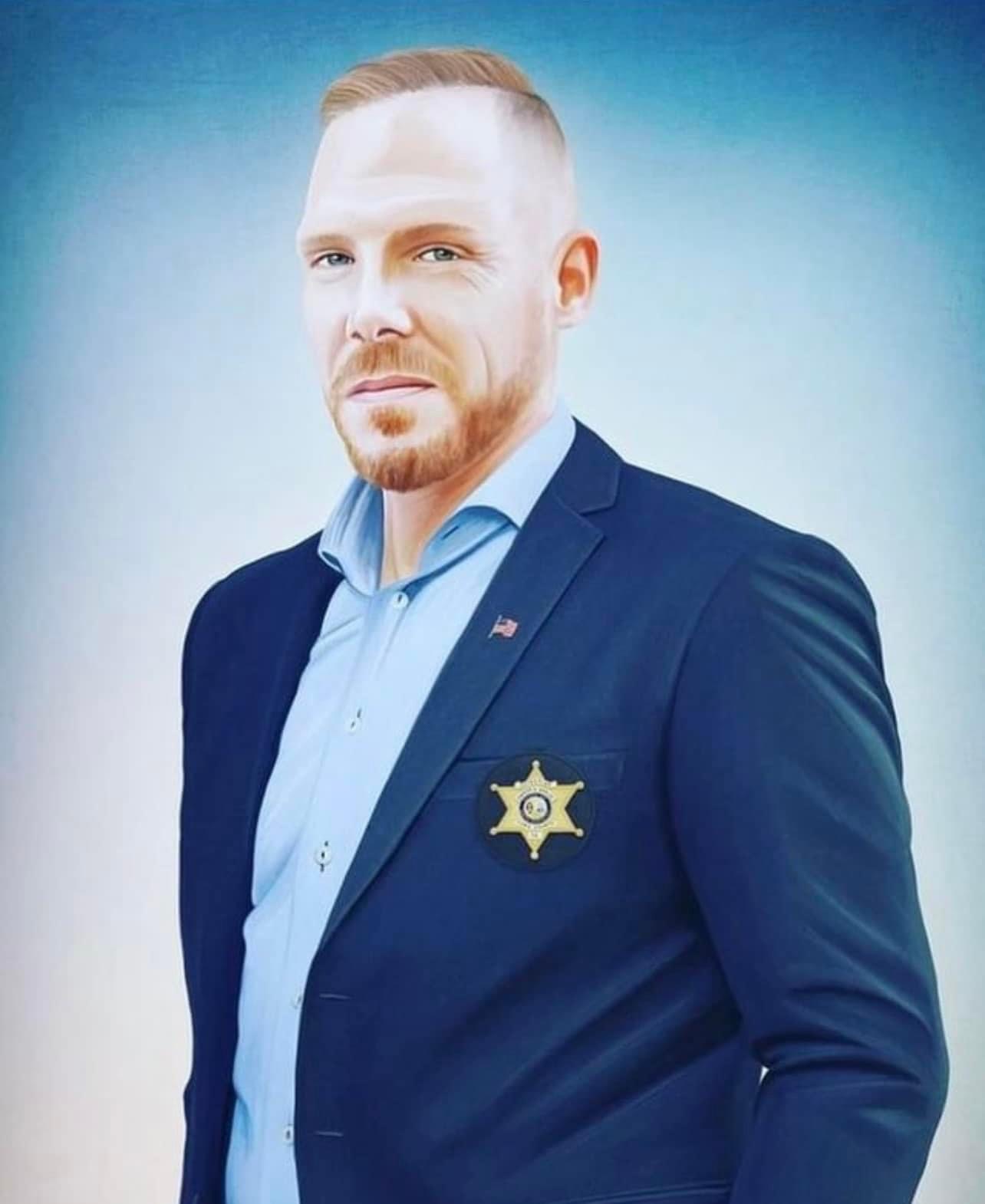 Detective Mike Doty was killed on January 17th, 2018 in the line of duty responding to a call. Mike served his community with pride for over 12 years. In the aftermath, the York county community mourned.

Amanda Riggan saw her community in grieving and acted in the only way she knew how – feeding the hungry. Amanda started Hungry Heroes to say thank you and serve all of those who serve our communities.

Amanda Riggan’s passion for serving others has been at the core of who she is her entire life. Whether it be on a ball field coaching, as a caregiver on the board of disabilities, or working in the dementia unit at an assisted living center in her local community, Amanda has always had a huge heart for those in need.

In 2013, she had a major life event in rededicating her faith in Christ and actively began seeking out opportunities to serve others at a larger scale, both state-side and internationally. And in 2018, on a routine route driving for a shipping carrier, Amanda had an incredible conversation with a person in need that sparked not only a viral sensation but a deeply inspirational message to hundreds of thousands of people nationwide.

Through this experience, Amanda had the opportunity to be featured on The Steve Harvey Show, local and national news programs, radio, podcasts, and several other outlets to further the message of hope, love, and service. Then suddenly, a tragedy struck when a local police officer, Detective Mike Doty, and several others were ambushed in a deadly shooting that took Doty’s life. In response, Amanda started with what she knew; the best way to show support and appreciation for the officers who had been shot was to serve them food. And there is no better food in the south than barbecue!

In 2018, Amanda, along with the support of her family and friends, started the non-profit, Hungry Heroes with the mission to give back and show appreciation by serving first responders, military personnel, and veterans through the humble and satisfying gift of food. Hungry Heroes holds dozens of events nationwide in addition to their annual Detective Doty Event to raise awareness, respond to tragedy in communities, and spread love through a little smoke and sauce!

Amanda is available for speaking engagements and PR opportunities.

The Video That Started It All

In 2019, Riggan stopped on her standard FedEx Route to pray with a stranger in need. She shared her experience on Facebook and the video went viral.

After that video, interest in Hungry Heroes grew. This has allowed her to share her message and continue the Hungry Heroes Mission.

"I had the pleasure of meeting Amanda and the group from Hungry Hero’s several years ago.  You rarely encounter a group that you feel like you have known a lifetime only after one meeting.  That’s the feeling you get with everyone from Hungry Hero’s!  The heart and soul they put into showing appreciation to emergency services personnel and our troops is an amazing thing to see!  Amanda, Steve, and Deborah are the true heroes here.  There is no way I could explain just how blessed I have been to get to know them and call them family!" - T. Melton, Chief NREMT

"Amanda Riggan turned a tragedy into something good. Experiencing the loss of a law enforcement officer in the line of duty in York County, Amanda, and her family felt called to serve her community of first responders.  Through her hard work, Hungry Heroes has expanded to serve thousands of public safety first responders throughout the United States, directly showing appreciation for the sacrifices made by them every day." - D. Max Dorsey, II, Chester County Sheriff

"After the death of Det. Mike Doty and the wounding of three other officers in 2018, HH was formed and we were immediately notified by Amanda of her desire to feed us. It provided an opportunity for our grieving employees to gather for the single purpose of food and fellowship. HH has fed us on numerous occasions and is truly a blessing to us and our profession. God bless you Amanda and Hungry Heroes!" - Kevin Tolson, York County Sheriff

"Working in the EMS field for 35 years, there are times that the community honestly does not understand what these men and women face each day. Amanda and the Hungry Heroes Team have stepped up time and time again to make sure these first responders are appreciated. It is more than a great meal; it brings the community together in ways to share the love for our first responders. Having witnessed this firsthand, it is truly a blessing." - Robert D. White, MBA, NRP
Executive Director. National Alliance on Mental Illness Piedmont Tri-County (NAMI PTC)